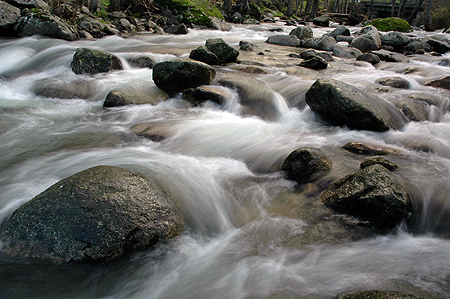 12 kilometers from Cebreros is the Iruelas Valley, an enclave of high ecological value, located on the north face of the Sierra de Gredos, on the banks of the Burguillo Reservoir. It is about nature in a virgin state, one of those places where you can enjoy the simple fact of being there.

Its slopes are covered by a valuable forest formed by a great diversity of species, the black pines, laricio and resinero stand out, of which several thousand-year-old and large specimens are still preserved. There are also holm oaks, junipers, oaks, elms, chestnut trees … along the valleys we will come across alders, ash trees, willows and holly trees.

The largest colony of black vultures (Aegipius monachus) in the entire European continent is installed there (there are more than eighty pairs). This valley has been declared a ZEPA (Special Protection Area for Birds). In addition, Iruelas is included in the Network of Protected Spaces of Castilla y León as a Natural Reserve and in the Natura 2000 Network.

And it is also possible to discover in its skies some of the few remaining specimens of the Iberian imperial eagle, calzada, short-toed, buzzard, kestrel, black and royal kite, alcotán … As a natural reserve we also have the wild cat, the badger or the genet. At night the singing of the eagle owl, the tawny owl, the little owl and the owl can be heard.

The valley is drained by a series of mountain streams, the main one being that of Iruelas, a tributary of the Alberche, which we see like that in the months of thaw.

In this section the website of Casa Rural Abuela Benita you can watch a video to get an idea of ​​the overflowing nature that traps visitors to the Iruelas Valley in Ávila: