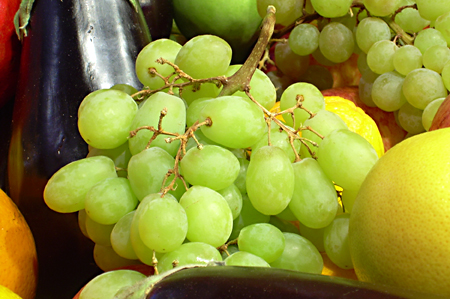 Gastronomy is one of the values ​​of the province of Ávila: traditional dishes and natural products in which the simple and homemade preparation is not incompatible with the quality and flavor of typical Castilian cuisine. It is traditional cuisine focused on the quality and authenticity of the ingredients and products of the land, which are well seasoned, with substance and flavor.

To summarize the gastronomy of Ávila, there is nothing better than preparing a brief summary menu. As an appetizer, we can taste some asparagus from Lanzahíta, some peppers stuffed with Arenas de San Pedro and Candeleda or a summer gazpacho made with products from the Tiétar valley. Or, chop between different varieties of sausage, specifically the chorizo ​​from Muñogalindo and Muñana, from Velayos or from the El Barco area. The famous beans from El Barco should be tasted, perhaps preceded by some tumbled potatoes, which are not to be despised because they are humble, either in the form of a tapa or a larger portion, very typical in the Piedrahíta area.

In the chapter on fish, there is nothing other than the delicate and tasty Tormes trout, a piece highly sought after by demanding palates. In the meat chapter, the offer is broader: special mention deserves the Ávila Meat, which comes exclusively from the Avileña Negra Ibérica Breed and with multiple preparation possibilities, highlighting the famous steak. The cattle ranchers of this breed have historically maintained an extensive and transhumant production system, characterized by the use of very diverse natural resources and making long journeys between the southwestern pastures and the central mountains, located in Natural Parks (Sierra de Gredos, Monfragüe. ..), in environments of high biodiversity and taking maximum care of animal welfare, conditions that give Ávila Meat an unsurpassed quality.

The Ávila Meat is red, shiny, firm to the touch, with a fine texture, tasty and tender. Its Regulated Council carries out the strictest quality controls, starting with the birth and feeding of the calves, continuing throughout the entire process of obtaining the product, from livestock to the point of sale, passing through feedlots, slaughterhouses and cutting rooms. ; loin in oil; lamb stew, especially the one from Candeleda; Roast lamb and suckling pig, which should preferably be tasted in Madrigal de las Altas Torres and especially in Arévalo, a town that, like many others in the Spanish geography, attracts as many travelers for its gastronomic offer and for the fame of its good food as for the historical and monumental wealth.

In these last two specialties it is recommended that, given their excellence and in order not to cloud or distract the taste buds with other delicacies, both the roast lamb and the suckling pig are taken as the old canons order, that is, as an exclusive dish and unique, accompanied – yes – by the usual and essential salad and without forgetting the pleasant company of bread and a jug of wine. If we are about to say goodbye to Lent, we recommend the little penitential and typical hornazo, augmentative that is nothing but a loaf of bread full of various and appetizing ingredients: loin, sausage, boiled egg and a dressing of torreznos. One cannot fail to mention the morañego stew, which in a clay pot reaches its point of flavor on fire and is nourished by the velvety chickpeas of the land, with the tasty company of some cabbage, blood sausage and bacon.

In the dessert chapter, you can suggest peaches from Alberche, reinetas apples and pears from El Barco and Villafranca, fruits from Barranco de las Cinco Villas, figs from Poyales, cherries and chestnuts from El Hornillo and Arenal, the watermelons of Lanzahíta, etc. For cheese lovers, goat cheeses from Tiétar, Adrada or Candeleda, goat cheeses from Sierra de Ávila, Solana de Rioalmar, sheep cheese from Palacios de Goda, etc. You cannot miss the homemade desserts, which are lavished with various delicacies throughout the province, mantecados, perrunillas, donuts, twisted, etc., or the well-known Santa Teresa yolks, made with sugar and egg yolk.

And we lacked wine, an arduous subject in which on this occasion it is necessary to pronounce on a Cebreros broth. The vines are located almost exclusively around Cebreros and El Tiemblo, although vine patches can also be found in the Gaznata valley, El Barraco, San Juan de la Nava, Navaluenga in El Hoyo de Pinares and in Sotillo de la Adrada. From the top of the port of Arrebatacapas there is a complete perspective of the area: mountain vineyards are located, looking at the sun and at noon, on the slopes of the hills. Made fundamentally with Grenache grapes, reds predominate, being in general wines of marked character, strong body and high grade.

One of the most appreciated products in the elaboration of any food is olive oil. In the Tiétar Valley a golden virgin olive oil is produced characterized by its strong aroma and its almost sweet taste. This crop has turned this area into one of the main olive oil production regions in Castilla y León.

For a while you can taste one of the most appreciated salads in these mountains, the boruja or chickweed salad, a small plant that only grows in the sources of cold and crystalline water in the mountains of Avila. And the fact is that the low temperatures force us to consume hearty dishes such as the traditional Fontiveros stew, made with the tasty chickpeas that are grown in La Moraña.

In the second courses, the meats of the province of Ávila have their own name: the steak, the suckling pig, the kid, the lamb … The province of Ávila is a hunting ground, which allows you to savor exquisite dishes such as hare with potatoes and pickled partridges, which used to be left at rest and stored in vines or jars, excellent game stews.

Apart from walnuts and pine nuts, caramelised almonds and chestnuts, roasted or in glacé brown, are an appetizing and traditional food in the Alberche and Tiétar valleys. And to finish off a copious menu, nothing better than the fresh and sweet cherries from El Hornillo.

The quince paste began to be marketed at the same time as the Ávila or Santa Teresa yolks, the quintessential Avila dessert. What to say about the wonderful yemas de Ávila? Its fame is comparable to its sweetness and the simplicity of the ingredients necessary for its preparation: eggs, water and sugar – the lemon peel and cinnamon sticks being optional. In Ávila and specifically in Cebreros, the gastronomy has a variety of typical desserts and sweets: rice pudding, fried milk, huesillos, sequillos, buns, mantecados, flowers or florets, twisted, donuts, milk or wine torrijas, sprinkled with sugar and cinnamon, typical of Easter, muffins, donuts or donuts and the delicious dumplings. And finally, the blackberry, a creeping and tangled plant, with leaves and provided with stingers on the stems, whose fruit, sweet and delicious, blooms between March and July and, due to its exquisite flavor, is used to make many desserts and as companion to various dishes.

The gastronomy of Cebrera and Avila are based on the typical products of the land. Examples are the asparagus from Lanzaíta, the famous beans from Barco de Ávila, the tumbled potatoes with torreznos, the traditional Castilian soup based on egg bread, ham and onion, garlic soups and gray soups, roasts of lamb, goat and veal, the famous steak from Ávila, the stew, the lentils from La Moraña, the longanizas from the Ámblés Valley, the tánganas, the civiérgueda, the tripe, the hornazo, a typical product of Muñana made with the products of slaughter and a tasty bread dough, shepherd’s breadcrumbs, made from bread crumbs and chorizo ​​fat …

One of the most appreciated starters in the province is the fresh, tender and smooth goat cheese. Among the typical foods of the gastronomy of Avila and Cebreros we must also mention the delicious chanterelles that are collected in the mountains and pine forests of Cebreros with the arrival of autumn, apart from all the variety of mushrooms perfect to consume with stews or in dishes cold.

The fruits, legumes and vegetables of the Vega del Alberche are appetizing at any time: tomatoes, green and white beans, apples, peaches, apricots, watermelons, pears, figs, figs and, of course, with Cebreros table grapes: albillo, garnacha and chelva, with which the well-known wines of this town are made. White, red or rosé, Cebreros wines are the most appropriate broth to spread a good Avila menu.

In Castilla y León all the existing types of wines are made, from the aging reds, crianza and long-aging reserves, through the young, fruity and velvety reds, including the exclusivity of rosés and whites with a marked varietal character; without forgetting the elaborations of sparkling wines, liqueurs and spirits, which complete a wine offer that blends with the richness of the kitchen.

The awakening of enology and the development of viticulture in Castilla y León enables the creation of routes and the opening of many wineries that have begun to combine their production activity with tourist activity, carrying out explanatory visits on the production methods of the wines. and tastings aimed at a non-specialized public, on the various types of wines and their characteristics.

Thanks to the privileged conditions of Bajo Alberche, the Mediterranean microclimate that exists in Cebreros and the edaphic conditions of the land, vineyards are produced that provide high-quality wines, with high alcohol content, full-bodied, closed color, fruity and low acidity. . Our oenology allows us to obtain white, red, rosé, claret, mistela table wines and special rancid, flavored, muscat wines, etc. The sweet red is the one that has given us the most fame.

The areas of the Tiétar Valley and the banks of the Alberche include wines with a Specific Denomination of “Wine from the Land of Cebreros”, as this is the capital of the region. Recently, the new Protected Designation of Origin Vinos de Cebreros has been created, a commitment to quality wine that covers an area of ​​more than 1600 km2 and a production of white, rosé and red wines, which have special characteristics in common. which are a consequence of the land in which our Red Garnacha and Albillo Real are grown: They are elegant, tasty, balanced between alcohol and acidity, fine and very lively, as well as a high longevity.

If you wish to obtain more information about the gastronomy of Avila, you can open the following link by clicking here.

In addition, with the following link, we offer you the possibility of watching a video about the gastronomy of Ávila.