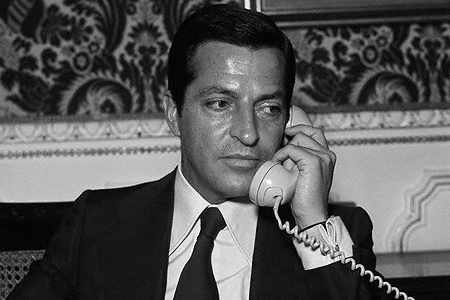 Cebreros has given several personalities throughout its history. We will mention Don Francisco Albornoz, a clergyman who carried out the foundation of the Hospital for the Poor and Sick and of the Convento Dulce Nombre de Jesús; to Don Marcos Villalba, friar of the 16th century counselor to Felipe II; to Don Alfonso Moreno Espinosa, one of the most outstanding writers and professors of geography and history of the 19th century; to Don Hermenegildo Martín Borro, singer of Spain and poet of the Hispanidad, to Don Camilo José Cela Trulock, friend of the town where he finished one of the works that have given him more prestige: “La Colmena”; and last but not least, Don Adolfo Suárez González, the main architect of the difficult transition to democracy and one of the most emblematic presidents in the political history of Spain.

“I belong by conviction and temperament to a majority of citizens who want to speak a moderate language, of concord and conciliation. The future is not written, because only the people can write it. That’s what he has the floor for. ” (1976).

Adolfo Suárez ruled Spain from 1976 to 1981. During his term he promoted the State of the Autonomies and made profound changes in Spanish society, driving the Law of Political Reform that ended the Franco regime and the subsequent constituent process that would culminate in the approval of the 1978 Constitution.

In 1996 Adolfo Suárez received the Prince of Asturias Award for Concord in recognition of his political work and, in 2008, the Grand Necklace of the Order of the Golden Fleece, the most important noble decoration in the world, of which the King of Spain she is her Grand Master and only seventeen other personalities have received her in the last thirty years.

To expand the information open the following link of the newspaper El Mundo or this other of El Pais. You can also watch this video.